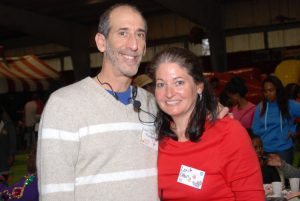 Drs. Louis and Lori Okun each moved to Atlanta in 1984 where they became classmates at Life Chiropractic College. After graduating in 1987, they married and spent a year traveling extensively. In February 1989 they opened their office in Union City and immediately became actively involved in the community.

The Okuns participate in various civic and organizations in Fulton and Fayette Counties. They are active throughout the year in fund-raising and organizing the activities for Helping Hands Holiday Dinner.

Font Resize
Contrast
Accessibility by WAH
Call Us Text Us